Once again our friend the Squid is in the news. This time, however, we are not talking about the Giant Squid.

Marine biologists have finally been able to properly document the Neon Flying Squid performing short burst flight about 370 miles (600 kilometers) off the coast of Tokyo, Japan. The squid can remain airborne for up to 98 feet (30 meters). 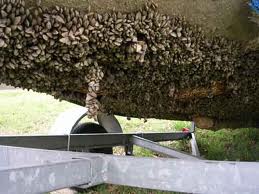 Project Blue Hope has recently posted an interesting article on invasive marine species. When a species of marine life is introduced to a non-native ecosystem, the invasion can severely impact native species.

One of the species covered is Zebra Mussels, which has invaded one of the lakes formerly used as a local water supply here in North Texas. Eliminating the use of this lake keeps the mussels from spreading to other lakes, but impacts the supply of water in this area.

In most cases, these invasions are caused by unintentional human intervention. Learn more in this article by Lindsay Gordon, an undergraduate studying Marine Affairs and Policy at the University of Miami Rosenstiel School of Marine Science.

So you've been relaxing in your boat and you've misplaced your favorite mermaid. Time to deploy the Submarine Camcorder!

A bit too pricey for my taste, but you can read more about it at Coolest Gadgets.

A mermaid friend by the name of Syrena asked me to pass along two of her favorite songs by a group called Blackmore's Night. She describes their music as rock/medieval. 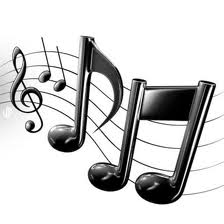 The first song is called Loreley. You can listen to the song in this YouTube video. If you like the song, you can find it at Amazon.

The other song is called Spirit of the Sea, and you can also find it at Amazon.

While we are on the subject of music, I would like to share this video of Beck performing Bowie's Sound and Vision. This is a most excellent performance, and I'm sure your tail will be tapping before it's over. Be sure to listen from beginning to end, and let me know what you think!

This just in from our Cetacean news desk...

Conservationists were called in to rescue 150 dolphins from shallow waters off Western Australia. Read how a baby dolphin was key to the success of the rescue in this article from io9.