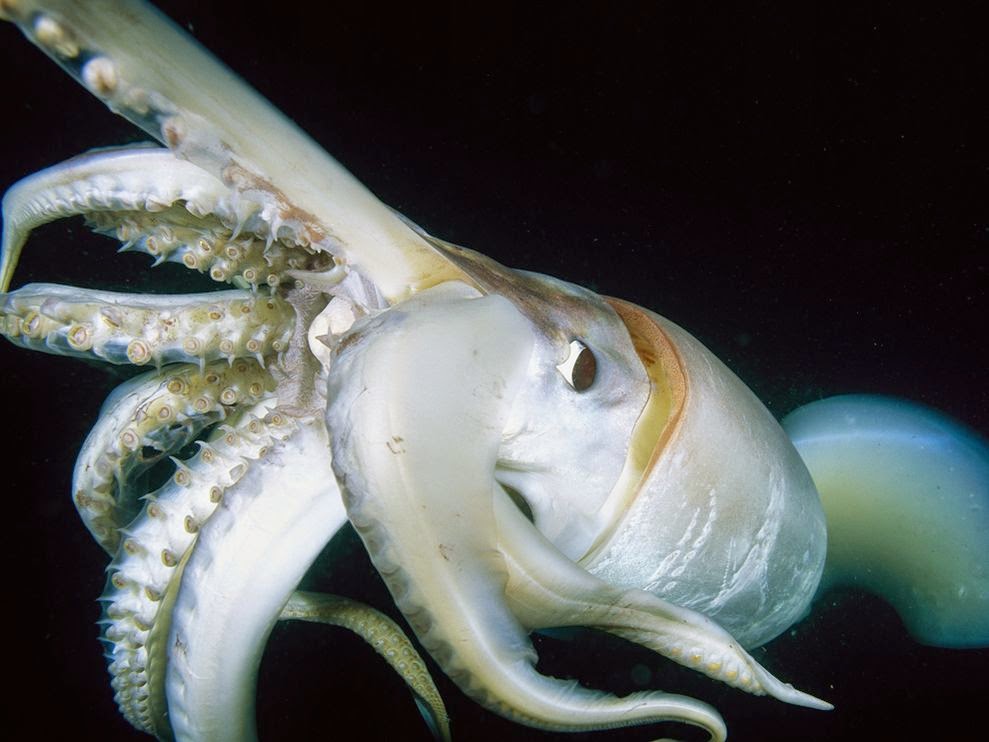 In this article from Michelle Starr of C|Net, we witness a pair of Humboldt squids (also known as jumbo squids) attacking a Greenpeace submarine.

"The Humboldt squid's tentacle suckers are lined with tiny, sharp teeth that can do some serious damage, so the Greenpeace divers were lucky to be protected by the submarine."

What's in your ocean?

In an article at Wired by Matt Simon, we learn 'The Murderous, Sometimes Sexy History of the Mermaid'. Why did mythology depict the mermaid as good at times, and evil at times? Did it depend on where the mythology originated?

"The earliest mermaid-like figure was likely the ancient Syrian goddess Atargatis, who watched over the fertility of her people, as well as their general well-being."

The article is an interesting read, and it contains some great photos.

We head on over to A-Plus now, as columnist Justina Bakutyte introduces us to photographer Elena Kalis and her daughter Alexandra from the Bahamas. Alexandra is also known as Mermaid Sacha, as you will see.

"Sacha is a great swimmer and, according to her website, 'she learned to swim before she could walk'."

The article is entitled, 'This Girl Is The Closest We'll Ever Get To Real Life Mermaids', though that could apply to a number of professional mermaids. Still, the article is worth checking out.

Scientists are now using a kind of breathalyser to determine the health of dolphins. In another recent article at C|Net by Michelle Starr, we learn more about this useful tool.

"Dolphins have been dying in record numbers in the Atlantic since July 2013 because of a measles-like virus."

Is your dolphin healthy?