Of Land and Sea

Author Lisa Dawn offers a fresh take on the classic Little Mermaid story. Releaed in March of 2010, 'Of Land and Sea: The Untold Story of The Little Mermaid' may not have seen the audience it deserves. Let's get right to the synopsis: 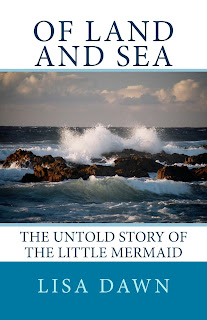 Everyone thinks they know the story of the ambitious young mermaid who traded her voice for the chance to be granted a human soul. However, very little is known about the temple princess who unintentionally prevented the mermaid from attaining her goal--until now, that is. Meet Helena of Kamdren, a sheltered young woman who is exiled to the holy temple due to her sacrilegious belief in mermaids.

When Helena finds herself engaged to Prince Aiden of Ganchepone, she has no idea of the impact she has on the life of a beautiful little mermaid she had encountered many years before. Of Land and Sea is a tribute to Hans Christian Andersen as a continuation of the beautiful tale he wrote so many years ago.

A total of seven Cynthia Mermaid readers entered last week's raffle for the eBook version of ’How to be a Mermaid’ by Erin Hayes. The lucky winner, selected at random by Rafflecopter is:


Rainne A. of the United Kingdom

Congratulations, Rainne! Ms. Hayes will be in touch with you very soon. Thank you to everyone that entered!

Back in 1959, Disneyland held a grand re-opening of Tomorrowland with the Submarine Voyage ride. A nearby lagoon featured mermaids that would wave and blow kisses to the crowd.

"Passengers aboard the monorail zooming around the park could also see the mermaids from above, sunning themselves on a rock in the lagoon."

You can find the full story, and a number of fine pictures, in this article by Sara Boboltz for The Huffington Post.

On August 1st, Eastport Maine will see the completion of a project five years in the making. A bronze mermaid, the work of artist Richard Klyver, will be installed along the sea walk.

"The mermaid does not have a name yet, but local school children are expected to participate in a naming contest this fall, according to Klyver."

For all the details, swim on over to this article at The Bangor Daily News.

'How to be a Mermaid' Raffle

In my previous blog post, we were introduced to author Erin Hayes and her newly released young-adult novella, How to be a Mermaid. I have since read the book, and found it to be an excellent read.

This week, I am teaming up with Ms. Hayes to give away an eBook copy of How to be a Mermaid. The raffle is being conducted by Rafflecopter, and opened when this blog post was published on July 21, 2015. The raffle will end on July 28th at 12am US Central time. Good luck to all!

a Rafflecopter giveaway
The Glass Mermaid

The second title in the Falling in Deep collection was released on July 14th, The Glass Mermaid by Poppy Lawless. Here is the synopsis:

I’m back on shores of Lake Erie, but the cold waters are silent. There is nothing here for me but ghosts and the beach glass that litters the rocky shore. Long ago, I lived below the waves. Now, I am the sole survivor, and at long last, my mermaid glamour is leaving me. 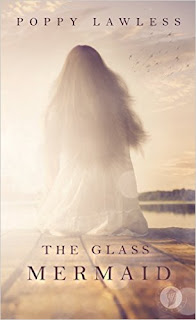 Every day, I walk the beach. Every day, I wonder what happened to my people. The little pieces of colored glass that wash ashore give me simple pleasure. They are gifts from the lake, reminders of home. I fashion them into trinkets: necklaces, earrings, bracelets. They are beautiful things. The humans seem to love them.

Every day, I walk the beach. Nothing ever changes, until the day he says hello.

It’s not a question, it’s a fact. The cancer is eating me alive. They told me I have six months to live, maybe less. I came home, back to Chancellor on Lake Erie, to die. The sunsets are vivid there, and I will relish every one.

I've never seen anything more beautiful than a Lake Erie sunset until I see her.

All life is as fragile as glass.

What would you sacrifice to save the one you love?

The story, like the synopsis, is presented from two points of view, Kate's and Cooper's. This works very well for this story. Pay a visit to Amazon, where you can find the Kindle edition of The Glass Mermaid for only 99 cents.

According to Gizmag, the wise folks over at Oregon State University have developed a variety of dulce that tastes like bacon.

"Not only does it apparently taste like bacon, but its translucent crinkly red leaves even look a bit like it, too."

Catch the full story in this article by Ben Coxworth. Will you be on board when this product hits the market?

The mermaids of Halifax Entertainment are in the news once again with a great article at The Globe and Mail of Canada.

"It’s hard to pinpoint why mermaids are suddenly everywhere."

Mermaid Raina and her team of five are already booked solid through the summer. Those humans do love mermaids!

How to be a Mermaid

Author Erin Hayes has recently released the young-adult novella, How to be a Mermaid, part of the Falling in Deep Collection. The full collection will consist of 15 titles that feature mermaids and other creatures of the deep.

You can find more info and a synopsis of the book in this article by Maggie Castelluccio at Literary Winner. The site is also sponsoring a contest for a 'Mermaid Care Package' which ends this coming Wednesday, July 15th. Don't miss your chance to win this great collection of items which includes a signed copy of How to be a Mermaid.

Here is a message from Ms. Hayes...


Hi everyone! I'm so glad that Mermaid Cynthia reached out to me about my latest book, How to be a Mermaid. I've been writing and learning about mermaids - both real and fictional - to prepare for this book and I hope you enjoy it as much I did writing this story. 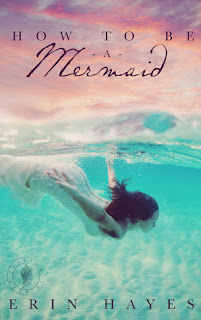 When I first started writing How to be a Mermaid, I knew next to nothing about professional mermaiding. I looked online, watched videos, and kept an eye on forums, but I didn’t think I’d get a chance to see a mermaid in real life. And if it wasn’t for the Georgia Aquarium’s Festival of the SEAson, I probably still wouldn’t have been able to.

As part of the Georgia Aquarium’s Christmas celebrations, the Weeki Wachee Mermaids did a special performance at the aquarium. I went to a meet and greet with one of the mermaids and watched them do a live show.

It was one of those defining moments in my life. Watching these mermaids perform was like watching fantasies come true. Up until that point, mermaids were a thing of myth or research for me.

The mermaids of Weeki Wachee brought them to life.

While I was there, I also did a behind-the-scenes tour of the aquarium. My wonderful guide took me to areas where a lot of aquarium goers don’t venture. I got to see my favorite animals, the whale sharks, from a whole new perspective. I learned that they ship in food everyday from New Zealand for a particular animal’s diet. And I saw the inner workings of one of the world’s biggest aquariums.

The mermaids were enchanting, but I found that the living, breathing aquarium was just as magical. There are far too many things on this earth that we take for granted. The beauty of the sea is one of them.

The entire experience was eye-opening. A lot of conservation efforts are going on taking care of the animals and our oceans. If we don’t take care of our environment, there will be less opportunities for future generations to see the beautiful ocean and its creatures.

We have a fantastical, magical world around us. And I appreciate all that real life mermaids do to celebrate and enhance the beauty of the ocean for all of us. I hope we get to enjoy our seas for years to come.

On a recent trip to Europe, author and speaker Hayley Hobson payed a visit to Ireland and the Cliffs of Moher. She described the view as absolutely breathtaking.  I would agree!

But there was more. The elderly tour guide told a wonderful story of The Mermaid of Moher. Hayley found the story of the mermaid, along with the beauty of the cliffs, to be very calming.

Read about Hayley's journey, and the story of the Mermaid of Moher, in her article at Positively Positive.

Photo at right by Moher Lodge.

When mermaids get hungry, its not seaweed they crave. It's cookies!

If you find yourself looking for a mermaid party idea, try these Mermaid Cookies from the Wilton Blog.

The video is billed as 'real mermaid rescue and release TV footage', but haven't we seen her somewhere before? Yes, we have, it's Mermaid Melissa!

The 4-minute video is fun to watch, though. Head on over to Sutbeat.