According to an article at Comic Book Resources, Brian Grazer is set to produce a remake of one of our favorite movies, Splash (1984). If you are not familiar with Mr. Grazer, note that he wrote the original script for Splash, and co-produced the film with Ron Howard, the director of the film.

Grazer is not offering many clues about the remake at this point, simply stating that 'a movie star is involved', and 'there will be some form of plot twist.'

The article includes a 12+ minute video interview of Mr. Grazer, who has a number of films to his credit.

Some of you may remember 'Splash Too', the 1988 made-for-television sequel to Splash, directed by Greg Antonacci. The sequel did not fare well with the limited number of viewers that were able to catch it, rating only a 3.5 out of 10 on imdb. 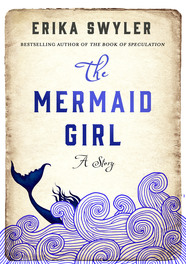 Swim on over to Book Riot for a recent article by Bronwyn Averett, 'The Aquatic World, 5 Books About Mermaids.'

"Mermaids are great. Every storytelling tradition has a version of this original femme fatale, and whether she is called a siren, a rusalka, Mami Wata, or Mélusine, she is a powerful representative of the aquatic world – both life-giving and deathly, like water itself."

The article features five titles that you may not have heard about already, including The Mermaid Girl by Erika Swyler, and Lagoon by Nnedi Okorafor.

When you go out to relax by the pool, remember to take along a fine mermaid novel.