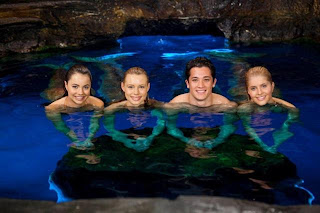 Currently, my most popular blog post by direct link is Mako Mermaids, published on March 19th of this year. As you may know, Mako Mermaids is a new Australian television program, and is the sequel to the very popular H2O: Just Add Water.

The new show adds a merman to the mix, as three new mermaids find themselves the guardians of the mysterious Mako Island.

I have been looking forward to seeing this new show, so I was pleased to discover that Netflix has exclusive rights to the show, and will begin making it available to members on July 26th.

Read all the splashy details in these articles from Coming Soon and Deadline.

The annual Coney Island Mermaid Parade was in danger of being cancelled this year due to a lack of funding. With the help of Kickstarter and a number of very generous donors, the parade went on as scheduled.

The Observer has the full story in an article entitled, March of the Mermaids: Coney Bounces Back With Fabulously Fishy Parade.

If you attended the parade, send me a photo or two! I will present them in future articles.

Mermaid fans everywhere are discovering that they too can live out their mermaid dreams. Those that are not prepared to create their own tails are turning to businesses that specialize in mermaid tails and accessories.

Recently, the web site Randommization featured an article on one such vendor, Mermaid Shelly and Shell Tail Labs.

For more vendor options, swim on over to my Tail Makers article from March, 2012. If your favorite vendor is not listed, please send me an email at the address below.

No correct entries have been received to the Treasure Hunt contest which was announced on May 20th. As such, the contest is being extended. The first to submit a correct answer will be declared the winner.

See the complete contest rules for more details. The rules page also provides the clues necessary to complete the contest. 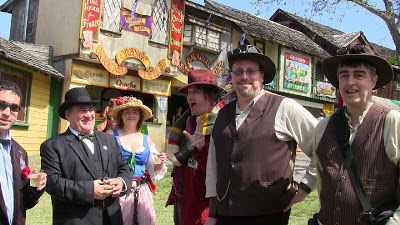 Posted by CynthiaMermaid at 7:00 PM