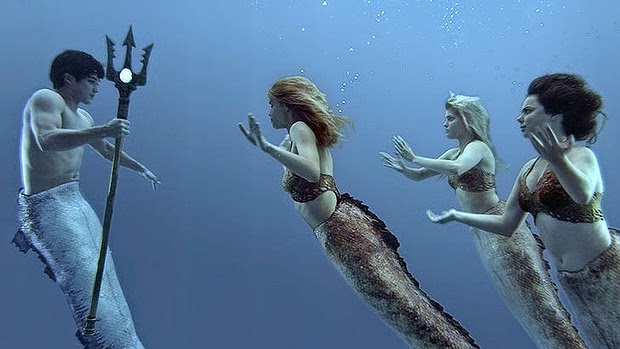 A little fishy told me... that season two of Mako Mermaids will be released on Netflix on February 13, 2015. Fans have been waiting somewhat patiently for season two for quite some time.

Catch up on everything Mako Mermaids at their Facebook page. Mako Island Resort is another great place to find information on the program.

So, mark your calendar, make oceans of popcorn, and warm up Netflix for February 13th!

In a short article entitled, 'Merfest: It's Exactly What it Sounds Like', we are treated to more coverage of NC Merfest 2015 that was held earlier this month.

"This is not so much just cosplaying to these people as it seems a lifestyle choice."

The article contains a few cool photos, as well as a video of the Merfest 2015 commercial.